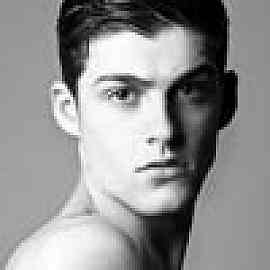 Two of the last books I've read have plopped characters into the world of academia. In "The Art of Fielding," those characters were stripped down, living in a small Midwestern town at a small liberal arts college and the writing? It felt...less complicated but in a way that still felt true. With "The Marriage Plot" (particularly the first 100 pages), that world was Brown University and those characters pretentious in that fashion of "I'm earning an Ivy League degree so I'm going to speak in a way belittling of anyone below my IQ". Or was that just me who felt that way? Suffice it to say, "Art" was my favorite book of the year. "The Marriage Plot", still a worthy read, not so much. Here were three central characters and a plot built around how their lives intertwine: Madeleine, the WASP-y English major and Audrey Hepburn type pined for by Mitchell, the Midwesterner with a sharp analytical mind and penchant for philosophy. Problem being Madeleine's heart belongs to Leonard, a brilliant, tobacco-chewing loner whose struggles with manic depression dominate most of this book's 400-plus pages. Maybe part of my problem was I spent too much of "The Marriage Plot" trying to analyze who was who from Eugenides' own life (fueled by this article I read a few weeks' back on how Eugenides may have wrote himself as Mitchell and Leonard a loose version of one of his literary contemporaries, David Foster Wallace (http://nymag.com/arts/books/features/...)). Whatever it was, I just never connected to "The Marriage Plot" the way I wanted to and while one part of me loved the ending, another, greater part of me felt it trite after the heaviness that preceded it. Overall, I still give this novel high marks and praise as one of the year's best. The way Eugenides can craft a sentence can, on occasion, force you to pause and re-read a line not once, not twice, but, in some cases, three times. And, for me, it wasn't even the big "sweeping" passages that invoked this, but the small sentences Eugenides' used to construct his characters. One of my favorites? This description of Madeleine's mother: "Phylida's hair was where her power resided. It was expensively set into a smooth dome, like a band shell for the presentation of that long-running act, her face." Yeah, I know...I wish I could write like that too.